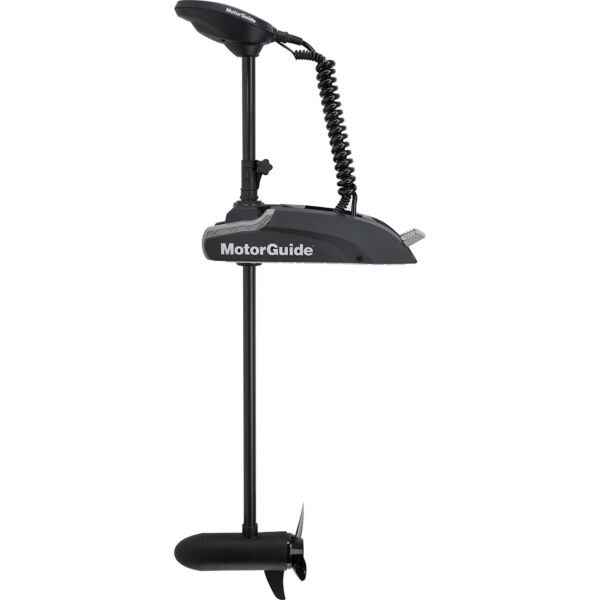 Skip to the beginning of the images gallery

We are proud to be an authorized dealer for this product.

What does this mean to you as a customer?

Buying from an authorized dealer means you are getting the best products and equipment from a reliable and knowledgeable source. We are always ready to answer any questions you may have regarding the product and installation. This product is covered under the manufacturers original warranty.

In an industry where websites and companies come and go, BOE Marine has been serving boat owners for over 20 years. We will be here after you have made your purchase, while many others will be a memory. When you buy from us, you do so with peace of mind.

Xi3-55FW - Bow Mount Trolling Motor - Wireless Control - 55lb-60"-12VLocked, Loaded, and Ready to Stay on Fish. There are plenty of reasons to fish with the new Xi3. For starters, it has wireless...
Add to Wish List Add to Compare
+ FREE Shipping in Us 48 (Most Orders over $150. excludes Oversized & Hazmat)
Want it Tuesday, Feb. 07? Choose Two-Day Shipping at checkout. Details
America/New_York : 02:42:19 AM

Locked, Loaded, and Ready to Stay on Fish.

There are plenty of reasons to fish with the new Xi3. For starters, it has wireless control out of the box–so there’s no need for an expensive add-on. Right from the start you’ll be fishing from anywhere on the boat with the convenient hand-held remote. You’ll also get best-in-class quiet operation that’s up to 40% quieter than the leading competitor. With our SecureStep system, stowing and deploying the Xi3 is safe and easy. Releasing the motor from its locked position, and raising it to stow and go, takes just a single step on the release lever from a comfortable standing position.

Large release lever triggers both stow and deploy functions from a standing position for easy and safe operation. Visual and audible cues indicate when the motor is locked in the stowed position.

Compact hand-held remote controls the Xi3 from anywhere on the boat. A wireless foot pedal is available as an accessory.

Smooth and precise variable speed control from 0% - 100% throttle and extended battery life (up to five times longer) are two reasons why more anglers are choosing motors with our Digital Power Management technology. Digital’s highly efficient, state of the art components run at lower temperatures, which means more thrust to the motor. Plus, smart safeguards protect the motor when operating under severe conditions

WARNING: This product can expose you to chemicals which are known to the State of California to cause cancer, birth defects or other reproductive harm. For more information go to P65Warnings.ca.gov.

Products from the same brand

Hi guest, this is a general discussion area where you can give any comment, feedback or suggestion and your experience regarding this product.

Be the first to write a comment for this product.

This section shows tips for this product from our sales team.

There are not any Tips for this product yet.

Ask Question
Question:
Dear experts, Is it possible to buy some pilot by stearing to this trolling motor? I have Lowrence Ti 2 Elite - /My friend alerady bought for me in you store/ I read that with Lowrence only MotorGuide troling working properly using network/conection. So I looking for Motor guide to connect with elite but some pilot could be usfuul. I await your coments /sugestions Regards, Robert
Answer:
This particular trolling motor does not have the option to connect to a gps system to operate automatically. With Motorguide you need one of their systems that say "Pinpoint GPS"
By James Maier on 19 June, 2020
View all questions for this product
Thank you for the vote.

Check items to add to the cart or