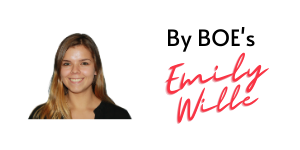 While the decision ultimately comes down to personal preference and personal needs, we offer unbiased opinions using only facts to get you the information you need to make a tough decision.

Specifications based on 12" Models***

When it comes to electronics, many boaters prefer simplicity- a unit that will display charts, sonar, and radar all in one at the touch of a few buttons. Garmin is universally known as being a user-friendly device that is plug-and-play ready for any type of boating. All of the important features you will ever use are available at your fingertips on any Garmin display. Simrad has a lot of settings you will never need to tinker with which leads to menus and buttons you will never use, but have to navigate through to do basic tasks. If you like exploring settings and fully customizing a system to fit your needs then Simrad would be your top contender.

Each unit has it's own pros and cons making it a difficult decision for any buyer. Both brands are leaders in Marine electronics so you will never see a bad unit released from either, but there are features in each that appeal to certain boaters over others. Simrad is most known for their offshore sportfishing capabilities. The new NSSevo3s display provides a superior user experience for large sportfishing and power boats. With a faster and more powerful processor than any other series, Simrad has made this unit hands down one of the best yet providing smoother transitions, fast page changes, and easy multitasking functionalities. With Garmin's 86XX display, you can enjoy faster scroll speeds and more built in sonar capibilities than ever before along with a highly rated brighter display. 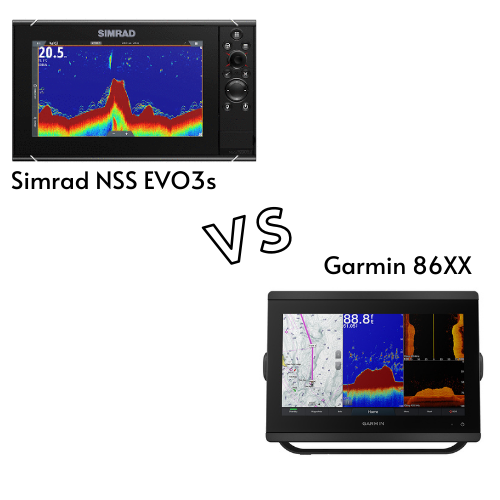 A feature of Garmin that draws in consumers is the "XSV" and non "XSV" options available. The XSV model is an all-in-one unit offering maps and sonar. The non XSV model does not have internal sonar, but by networking the two together you can share sonar between the two displays. By offering units with and without sonar, buyers can save a couple hundred bucks by adding a second display while still getting all of the features expected. Pair two Garmin 12" displays for $7,500 (One 8612 and one 8612xsv) vs Simrad's two NSS12 EVO3s displays for $8,000.

While both units have very similiar sonar options, you may want to determine which transducer you want first then build around that system. Simrad and Garmin are both compatible with Airmar CHIRP transducers up to 1kw. Both brands offer high power sonar modules to operate 2kw and 3kw transducers for offshore fishing. Simrad offers an all-in-one active imaging transom mount transducer for side/down and traditional imaging while Garmin offers multiple all-in-one transducers that can be geared towards your specific fishing. Simrad offers their own version of live sonar called Livesight. Garmin has their own version as well called Livescope which is known to produce better imaging.