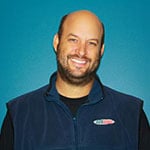 The ACR OLAS Guardian is a small wireless engine kill switch that acts within two seconds of a person going overboard. It has the dual function of also acting as an instant Man Overboard (MOB) Alarm system. OLAS GUARDIAN offers powerboat, motorboat, and RIB drivers the security of knowing that their boat will stop in an instant, should the skipper or crew get separated from the boat, reducing the chances of a serious accident from a loose, unmanned, uncontrolled vessel. They are free to move around their boat without constantly having to remember to attach, detach and re-attach a physically wired kill cord. The GUARDIAN provides coverage for vessels up to 50 feet and is scalable via the use of the OLAS EXTENDER for use on vessels up to 80 feet.

The GUARDIAN functions as a wireless kill cord, which when connected to your engine's kill switch will stop the engine within two seconds of becoming disconnected. Given that the OLAS GUARDIAN also wirelessly connects up to 15 crew members via wearable OLAS transmitters (OLAS Tags or OLAS Float-On Lights), it essentially creates a virtual kill cord attached to each transmitter. Within two seconds of an OLAS transmitter losing connection, either by going overboard or via separation by distance, the engine will cut out, and a loud alarm is triggered. The engine can be restarted after five seconds, and a rescue can be performed. The rescue process is then simplified by the GUARDIAN’s ability to connect with the ACR OLAS mobile app which, in the case of a MOB incident, provides an easy to read directional screen showing the direction where the alarm was triggered and advises on the correct mayday call.

The ACR OLAS GUARDIAN is a wireless engine kill switch and MOB alarm system that provides users with a robust set of safety features. The system offers a comprehensive list of distinct advantages including:

OLAS Guardian is easily operated via the OLAS Mobile APP, which enables you to set how long it should take for before the engine is shut off. The app also enables selecting if the external alarm when a Tag wearer is out of range should activate on both the GUARDIAN and your mobile device.

OLAS Guardian can be used in place of or alongside an existing kill cord switch and will operate if the physical kill cord has not been attached to the driver.

On most engines, a simple parallel connection to the existing kill switch will enable the full wireless cut-off capability.

A high-power emergency Red light will illuminate, offering a clear visual indication of an alert whilst also acting as a light to illuminate the surrounding area

The OLAS App allows individual relay selection for easily adjusting if the OLAS transmitter triggers the engine cut-off/relay, or only triggers the Guardian's inbuilt MOB alarm

When you board your vessel and switch on the power, OLAS Guardian will automatically connect to any switched on OLAS transmitting devices within 2 meters range.

The system can be placed in a pause mode. This is used when you need to leave the boat with the engine idling, such as walking down a pontoon, knowing the OLAS transmitter will go out of range

Up to 15 transmitters allow larger vessels to connect crew and objects to the Guardian. Simply by attaching a transmitter to object such as a MOB flotation device or yacht tender you can always be aware if something has gone missing.

An OLAS Extender can be used to cover areas where the transmitter signal may be blocked. This allows use on larger vessels up to 80ft and the ability to scale the system up if required.

Set up and monitoring

The Guardian module can be connected to your vessel's power supply to ensure it is always connected when you have the power running. The power wires can simply be spliced into an existing power supply from the boat’s battery.

The compact, stainless steel switch requires minimum adjustment to your existing center console, allowing it to be fitted through an 18mm hole

The color-coded control switch makes the system easy to control and setup, without the need for the OLAS App. During the setup process, it will indicate the automatic setup stages with red indicator light. When the system is running it shows a green light, switching back to red in an alarm situation.

It records the GPS location of the Alert position and guides the user back to the location and advises on the correct mayday call.

It monitors the battery level of OLAS tags

Adds/removes tags from the sample

Operate as an external Alarm

The GUARDIAN indicates how many OLAS transmitters are connected during the setup process.

Transmitters can be Added to the system either using the mobile application or through a simple inbuilt switching process.

Hi guest, this is a general discussion area where you can give any comment, feedback or suggestion and your experience regarding this product.

Be the first to write a comment for this product.

This section shows tips for this product from our sales team.

Ask Question
Question:
Can this connect to more the one engine.
Answer:

Yes, this will work with up to 3 engines.

By Emily Powers on 16 April, 2021
Question:
WhT is the warranty on this unit Also The free tag if purchased by 4/30/21, is that in addition to the one that comes with the unit? Thanks Randy
Answer:
It comes with 1 FOB.  To get the free one, you need to order a second fob and then the 3rd is free.

For whatwever reason they are equally unclear on their warranty, requiring you to register a product to find out https://www.acrartex.com/support/warranty/warranty

By James Maier on 03 April, 2021
View all questions for this product
Thank you for the vote.

Related Products
Check items to add to the cart or